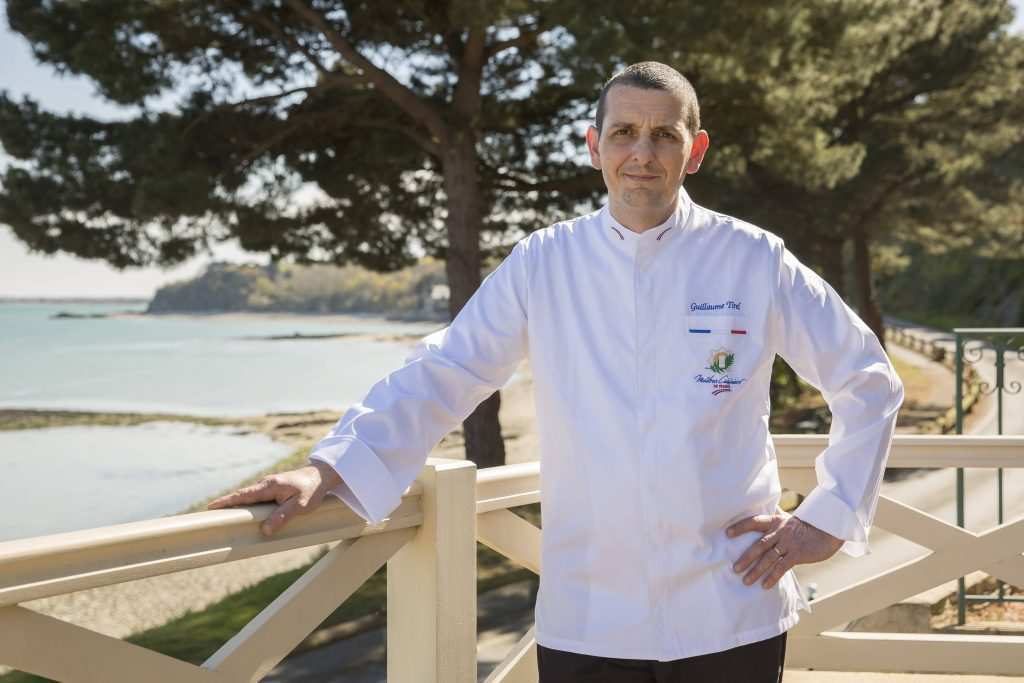 At 7, Guillaume Tirel already loved passionately working in the kitchen with his father and his uncle Roger Tirel Jean-Luc Guérin.

At the age at which children dress willingly as Zorro, he was offered by Simone Braggard, who had surprised in the kitchen, the perfect range of small cook, trousers, hat, apron and a jacket embroidered with his name and launched the fashion brand child.

If he particularly likes the famous chef of King Charles VII nicknamed Taillevent its namesake and which he knows whether or not a relationship, Guillaume Tirel appreciates néanmois spices, vegetables for the « adventures of the palate » they provide.

The young Chef Breton, after a great training that led to Guy Lermercier (MOF), in Laval, the Hostellerie de Levernois to Beaunes, with Gérard Besson (MOF), the « Ambassadors » of Crillon in Paris or at Alain Couturier in Tours has spent the last ten years with his family to Gouesnière.

It now welcomes you in his establishment « Sea Side » where he is constantly seeking and the seasons to create a taste sensation, combining his experience with tradition and modernity.